If you’re like most people, you probably think of Japanese tea ceremonies when you hear the word “matcha.” But what you may not know is that matcha—or green tea—is a popular beverage all over the world. In fact, it’s even gaining popularity in the United States. And for good reason: it is a delicious and healthy drink.

Do they drink matcha every day?

Matcha is now popular all over the world with its unique and delicious flavor profile. While many people in Japan where this tea has traditionally been consumed the most have upwards of three, four, even five cups per day, is that necessary? In short, no. This tea can be enjoyed in small doses as well. According to one study, those who consumed between two and four cups per day experienced a range of benefits such as better focus and concentration, improved moods and decreased anxiety levels. So while many people may consume a lot of matcha, it is not necessarily necessary to drink it every day to reap these benefits.

What is the difference between matcha and ceremonial Matcha?

Also known as Japanese green tea, it is a finely ground powder made from the youngest leaves of the tea plant. Ceremonial grade matcha is made of younger leaves that have higher concentrations of chlorophyll, making it more vibrant and having a deeper shade of green than culinary grade. Culinary grade is also available in a more subdued shade of green that still looks beautiful in color. It is often consumed as an afternoon or evening drink in Japan, but it can also be used in desserts or as a base for cocktails.

Does it lose health benefits over time?

Matcha tea is a very popular drink in Japan and many people believe that it has health benefits. However, does it lose health benefits over time? This ingredient begins to lose its properties as soon as it comes in contact with air (and that happens when you open it). In other words, matcha powder will start losing its flavor as well as health benefits with each passing day.

Which grade of matcha is best?

If you’re new to teas, or even if you’re a regular tea drinker, there’s a good chance you’ve never tried ceremonial grade matcha. This is the highest-quality tea grade and it’s used in the traditional Japanese tea ceremonies. But you don’t have to be a tea nerd to enjoy it! Ceremonial grade can be enjoyed outside of ceremonies too.

How often should you drink it?

Matcha is often referred to as “the queen of teas.” Historically, it was reserved for the wealthy because it was so expensive. However, over the last several decades, this tea has become more affordable and more people are enjoying its unique flavor and health benefits.

If you drink it for its health benefits, one or two cups a day is enough, but it is more important to drink the tea for long periods rather than drink large amounts for short periods. The amount of caffeine per 2g of it is said to be more than a cup of tea but less than a cup of coffee.

Can ceremonial Matcha be used in lattes?

There are a few ways to enjoy ceremonial matcha, depending on your preference. For traditional drinks (matcha and water), or other drinks like lattes, using ceremonial grade is the best option. It’s more expensive than regular one, but it has a stronger flavor and a brighter color.

If you’re interested in trying out matcha, start with lower-quality varieties first. They’ll still be enjoyable and may even teach you some basics about the tea. After you’ve got the hang of it, try out higher-quality ceremonial grades.

When should you avoid drinking matcha?

There is no definitive answer to this question, as everyone’s body chemistry is different. However, some people may find that drinking it regularly causes them to experience headaches or feel jittery the next day. Therefore, it is recommended that you avoid drinking it right before bedtime if you want to avoid any negative side effects.  If you do choose to drink this tea, make sure to drink it in moderation and avoid drinking it on an empty stomach.

How to prepare it?

Matcha is a type of tea that is highly prized in Japan. It is made from green tea leaves that have been ground into a fine powder. Itis sometimes called “the Samurai’s Tea” because it was used as a stimulant and an aesthetic enhancer in times past. Today, matcha is enjoyed for its unique flavor and health benefits.

It can be prepared in many ways, but the most common way to drink it is with hot water and a small amount of matcha powder. You can also add honey, milk, or other sweeteners to make it more suited to your taste. Some people like to mix this tea with ice cream or yogurt for a refreshing summer drink.

Can you become dependent on matcha?

This tea is a type of tea that is made from the leaves of the Camellia sinensis plant. The tea has a unique flavor and caffeine content that makes it popular in Japan. It is typically consumed as an espresso substitute or combined with other teas for a more diversified drink options.

This tea does have health benefits, including being high in antioxidants and providing steady energy throughout the day. Because it slowly releases caffeine over time, it’s not as addictive as coffee and people can drink enough without getting a jolt or rush.

However, people can become dependent on matcha if they consume it in large amounts or if they have a hard time controlling their caffeine intake. If someone becomes dependent on matcha, they may have difficulty functioning normally without drinking the tea daily. 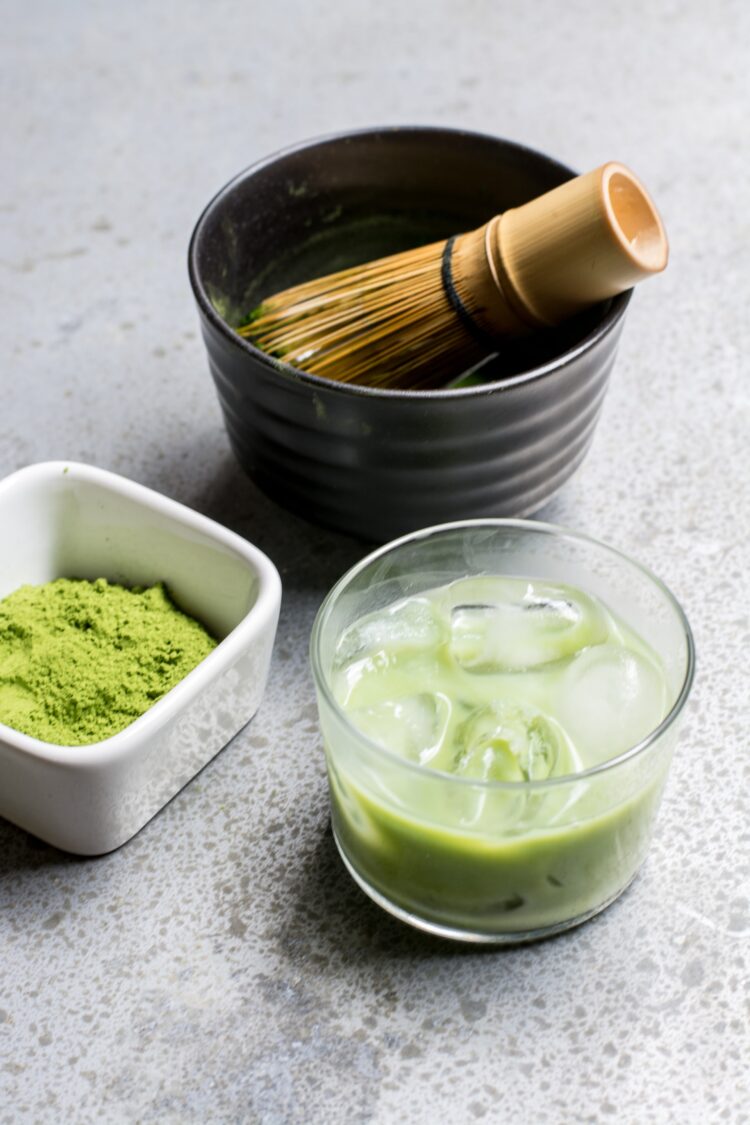 Many people are curious about whether or not Japanese people drink this tea every day, and the answer is a little bit more complicated than that. While it is true that many Japanese people enjoy drinking it regularly, not all of them do. In fact, there are various types of tea that are popular in Japan, and matcha is only one of them. So while it’s definitely true that thisi tea is popular in Japan, it’s also important to remember that not everyone drinks it this way.