Home Technology Top Features of The Unreal Engine and How They Help Developers Make...

Numerous game developers prefer Unreal Engine because of its various features. The engine allows developers to create their games in ways that aren’t possible with other game engines in the market.

The latest version of Unreal is Unreal Engine 5. Released in 2023, it has even more features compared to its predecessors. Many top unreal game development services companies have already demonstrated the incredible gaming experiences that the engine is capable of.

Below, we list some of the best features the Unreal engine has. These features are the ones often mentioned by Unreal game developers as the best:

Blueprints is the visual scripting tool in Unreal. It represents the game logic visually using a GUI

and eliminates the need to write all the code manually. This sort of scripting has multiple use cases.

For game designers, Blueprint is a tool to test and iterate their game ideas rapidly. It allows them to create prototypes and make changes quickly.

For non-programmers, Blueprints is a tool to develop games without the need to write even a single line of code.

For beginner developers, Blueprints is a tool to learn the basics of game development. The developer can use visual scripting to create games with simple logic. Only once they have gained enough experience do they have to delve deeper and write complex code.

Lumen is a new global illumination system introduced in Unreal engine 5. It is a revolutionary real-time lighting system that incorporates indirect lighting into games.

Because previous generations of game artists and developers have found it challenging to bring indirect lighting effects into games. Instead, they had to be content with baking complex lighting effects (such as bounced lighting) as lightmaps for the sake of faster rendering and low-performance overheads.

Lumen challenges this norm and brings indirect lighting into real-time scenes without compromising performance. It makes lighting effects like bounced lighting easier in-game and makes the visual more realistic and closer to photorealism.

Nanite is a virtual geometry system. Introduced in Unreal Engine 5, It is an intelligent system that renders and loads only the necessary visual details in the scene. It makes the scene load faster while maintaining the highest visual quality possible.

Thanks to Nanite, developers can now import film-quality assets into games. And unlike before, Developers don’t have to manually author the assets for lower LODs or reduce the polygon count of the asset.

Because Nanite supports assets with high polygon counts and LODs. As a result, the games created with Unreal Engine 5 will look closer to a CGI movie rather than a 3D game in terms of realism.

The World Partition system is a large-world management system. The system allows developers to manage their game world better.

Rather than dividing large game maps into multiple sub-levels, the World Partition System automatically breaks down levels into streamable cells. Then, when the scene demands it, the cells are streamed. But only the necessary ones.

As a result, the game world loads faster and puts less strain on the system resources as well.

The system renders scenes at high fidelity, even at lower resolutions. As a result, the quality of the visual negatively impacts neither the frame rates nor the performance.

As a result, developers can retain the same visual quality across different devices, each with its own screen size. Even on devices with less hardware power, developers can deliver high-fidelity visuals.

The engine supports the rapid development of games simultaneously for all these platforms.

For licensed users, Epic provides access to the Unreal Engine’s source code. For experienced developers and top Unreal game development companies, this is a boon.

It allows them to modify the game engine to suit custom game development requirements. Because based on their games’ requirements, certain features of the engine may have to be modified.

Epic Games’ Unreal Engine is a top-notch game engine. Used by the likes of top game companies such as CD Projekt RED, BioWare, and Riot Games, it is one of the most used game engines in the world.

Besides, Epic improves the game engine with each new version. They add new features and improve on the existing ones. 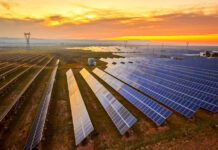