Home Health What Type of Liposuction Removes the Most Fat?

There are only a few people in the world who can say that they are completely satisfied with themselves and their appearance. While most of us think that something should be reduced, something should be reshaped, or tightened. It seems to us that our thighs are too full, that our chin makes us look older, that our legs are flabby, and our arms have “butterflies”, etc. We long for a slimmer waist and a flat tummy and dream of less weight on the scales. We work a lot, we have small children, and we can’t go hiking, running in the park, or swimming in the local pool. Or we manage to do all that, but we can’t get rid of the small “slop” around the stomach, or the annoying cellulite on the thighs.

Even when you eat healthily and train regularly, it can happen that localized fat deposits remain on your body. As we all have a certain amount of fat cells, the number of which stops increasing after puberty, it is normal for the volume of these fat cells to increase with weight gain.

But, luckily, there’s a solution to all this. It’s called liposuction

Since the 1960s, this procedure has enabled women and men around the world to remove those extra pounds or excess fat deposits. Most of you reading this article may think that undergoing surgery just get rid of fat deposits is not worth all the trouble. But liposuction methods have evolved and now new and modern, effective technologies are constantly emerging. Science and technology are at the service of beauty, and for this reason have developed a new, non-invasive, non-surgical liposuction.

At the end of the 20th century, hydro methods with tumescent anesthesia were developed, then Vibro-hydro liposuction appeared, while in the 21st century we witnessed the emergence of innovative methods that use laser, radiofrequency, or ultrasound. We even have different names for the same procedure: lipolysis, lipo selection, etc. These procedures have become less traumatic, with smaller incisions, faster recovery, and, most importantly, more precise results. Newer methods are minimally invasive.

There have also been modern non-surgical body contouring methods, but ultimately, for those patients who want big and permanent changes, liposuction is still a very good solution.

Of all these new methods, which one removes the most fat?

In the past, the gold standard was simple lipo that only had a probe and negative pressure. By manual manipulation and quick movements, the fat was torn off and sucked out, and the surgeons had to work hard for results in certain body areas, like, for example, on a larger abdomen. Later, the method was advanced in such a way that liquid is injected into the fatty tissue before its extraction, which is known as hydro liposuction.

Then Vibro liposuction was developed, which facilitates the work of the doctor and enables the extraction of a larger amount of fat tissue in a unit of time because it uses vibrating probes. After that, laser-assisted and ultrasonic liposuction were developed. It should be noted that laser, as well as vibro and ultrasonic also involve filling with water before the procedure. However, all four differ in the way fat is separated from the tissue under the skin.

As for which of these methods will give the most result, it really depends on the person. The final result does not depend only on the type of applied technologies. The quality of the patient’s tissue, the knowledge of the surgeon as well as his talent for 3D sculpture are extremely important. Examples of the extent to which high-quality skin can shrink or retract (skin retraction) a few weeks after the procedure (discoloration of the skin is still present) speak better of the fact that abdominal skin tightening is not necessary in these cases.

But even when the fat tissue has been extracted, there’s an issue of getting rid of excess skin…

The skin of the region treated with one of the mentioned methods may have a lower or higher power of tightening, i.e. shrinking (retraction) after the removal of the subcutaneous fatty tissue below it. Better skin tightening can be influenced during liposuction by the subcutaneous effect of ultrasound or laser waves.

Extracted fat can also be used for being implanted elsewhere…

After the fat cells have been harvested for relocation to the desired region with the help of Vibro liposuction, if necessary, an ultrasound or laser probe is introduced subcutaneously through the same small openings to support and stimulate faster skin retraction.

Proper superficial use (under the skin) should produce a better lifting effect and less swelling. Inadequate use can cause burns.

The ideal method for harvesting fat cells is the Vibro liposuction method or the Tulip Syringe system with fine special needles that enable top quality and vitality of the aspirated fat tissue used for transplantation.

This procedure gives the best results in people of normal body weight who have a pronounced amount of fatty tissue in the stomach, thighs, or other parts of the body so that they look disproportionate. On average, the ideal candidate for it is a person between the ages of 35 and 40 with a body weight five to 10 kilograms above the ideal.

The least ideal candidate is a person over 35 years old who has more than 20 kilograms of excess body weight, with stretch marks and loose skin. Localized fat deposits can be hereditary and cannot be removed by diet or exercise.

When the skin is firm and elastic, a regular and even contour is achieved, unlike loose and inelastic skin, where another treatment must be applied, like the skin tightening,

All in all, the beauty industry has found a way to remove any imperfection in the appearance we wish to get rid of. As a result, there are fewer and fewer women and men who have never had any of these procedures. 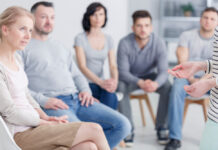 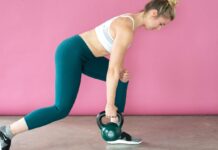 Why Kettlebells are Perfect for Full Body Cardio Exercises 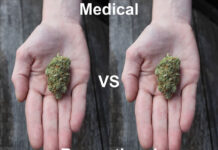